History of The Bellmard Inn

The Bellmard was built by Daniel Brockway, who was a carpenter, and erected the original buildings himself in 1866. Then Daniel Belmore purchased the property in 1867.

Daniel was originally from Calais, (Born 1836) and settled in Princeton in 1855. Oscar and Nancy Goodale Pike arrived in Princeton with their daughter, Flora, in 1858. Daniel and Flora married in 1866. The story goes that Flora told her mother that she was marrying Daniel because of his fine horse and buggy. They had four children: Albert (wife Bessie), Bruce, Georgia and Jennie.

In 1870, Flora Belmore became Princetons first business woman and started a millinery and dry goods shop called, Mrs. Belmores Fancy Millinery. She ran the shop until Daniels death due to an accident at age 64 in 1901. This is now the Orchid Room at the Bellmard Inn.

On January 8, 1896 a fire leveled all the buildings of the Belmore's as well as the heavy winds spread the ashes to the Baptist Church next door. This also burned to the ground. The house was rebuilt that same year.

The property was deeded from Flora Belmore to Albert Belmore, November 12, 1921. Note that Flora Belmore died June 8, 1941. Flora and Daniel are buried in the Princeton Cemetery on West Street.

In 1945, their son published a book, Early Princeton, Maine. It is from this book and deeds at the court house that I found stories and facts about the Belmores.

We had a very special email from the Mardavichs grandson, Wally. He told us that Ola and Peter had two children, Wallace and Peter. Both are gone. He wrote that when his grandparents owned the Bellmard, they specialized in taking in very well to do people from New York City, that at their doctors orders needed rest and or a special diet. He also wrote that they had acres of raspberries, blackberries and Peters specialty, gladiolas that they supplied to the local church and funeral home in Calais. Additionally he wrote that we had a memorial service at the Congregational Church in the late 1980s for Peter. The organist was Bob Smith of Howdy Doody Fame. He owned a camp on Big Lake and knew his grandparents.

Then Ola and Peter Mardavich sold to Willis L. and Letha E. Butler, of Mt. Vernon, August 22, 1969. They raised their family here (two daughters and a son) and ran the Bellmard together, although Willis worked in the mill as well. In 1971, they had a garage built. Then they added a second floor over the two-bedroom ell, which they made into their room and an apartment. Later they added an enclosed porch and also moved a small building into the back and made it into a one room cottage. They served breakfast as well as an evening meal by reservation and in addition to serving meals sold berries and flowers.

Then we purchased the Bellmard from Willis on December 7, 2007. We had been in the hospitably business for many years involved in sporting camps. Most recently was Long Lake Camps here in Princeton, which we owned and operated from May of 1997 to November 2004. It was a tough decision to sell the camps but we felt it was the right time. We moved to New Hampshire but found that we missed Princeton. When we noticed the Bellmard was for sale our curiosity got the best of us and we went to see it. We were surprised at how large it is and the excellent condition considering its age. Also the furnishings impressed us being from another time and so well preserved. Willis left most of the furniture as well as a Christmas Cactus which he said was about 38 years old. We live in fear of not giving it the proper care. The Bellmard Motel and Tourist Home latched onto us and we ended back in Princeton and in the hospitality business.

In the summer of 2010 the Great Great Granddaughter of Flora Belmore stayed with us along with her husband and grand daughter. We had a wonderful time sharing information. Shortly after received an email from, The Pines, and a photo of the Belmores with other guests who were there, thanks to Sarah. That winter we received a wonderful surprise of original photos from Sarah. Then again the summer of 2011 Sarah brought her daughter as well to stay. We always enjoy their visits so much. 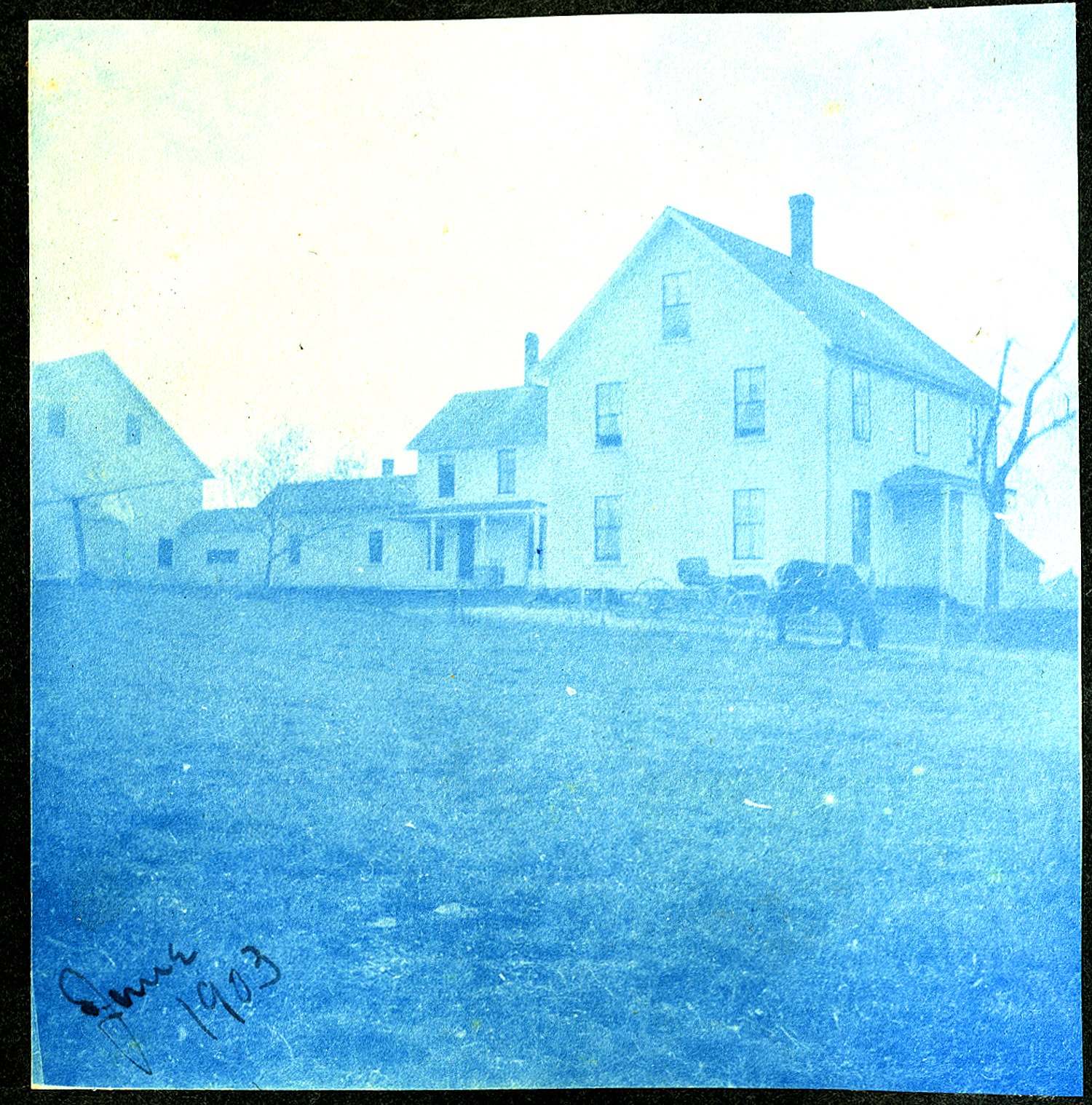 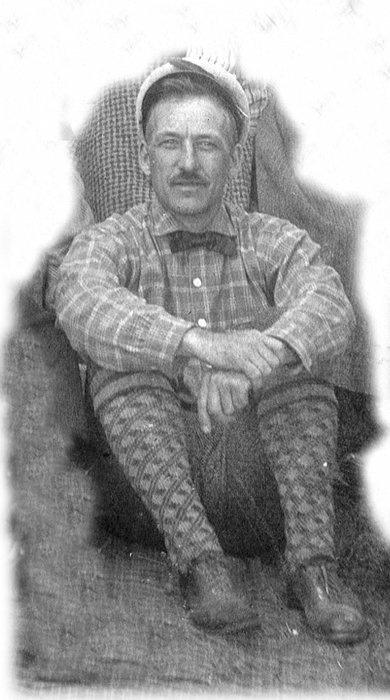 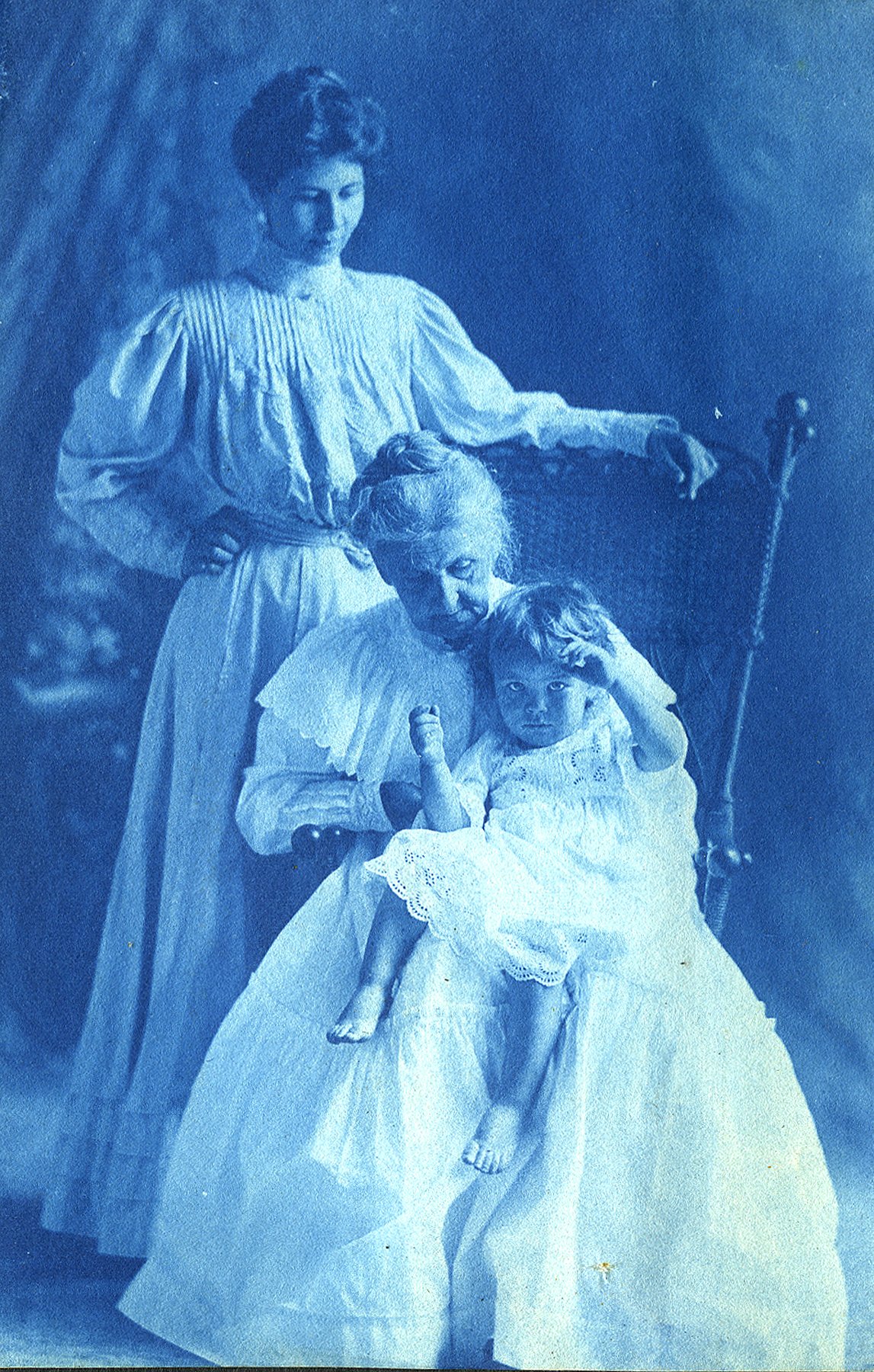 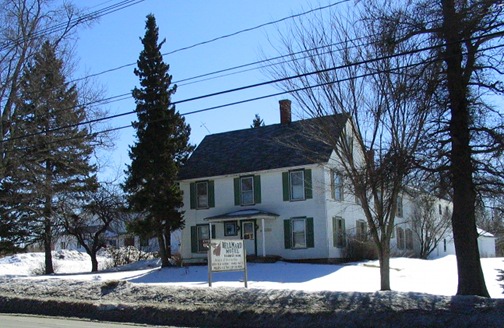